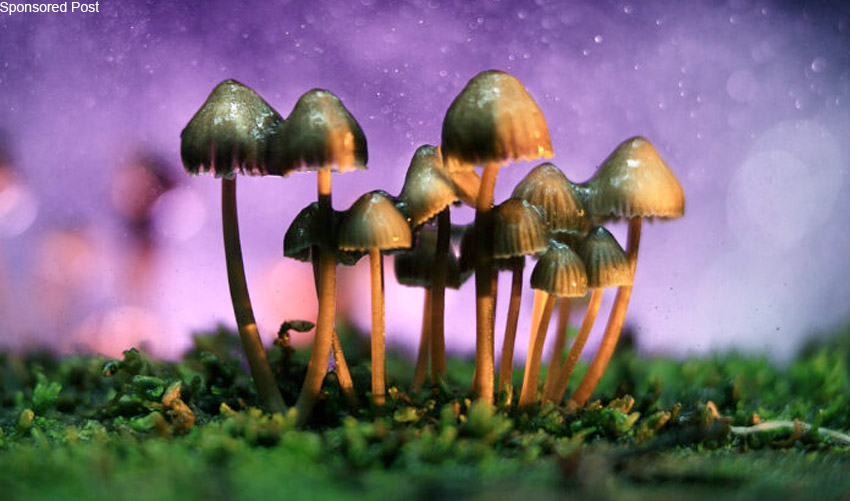 Minerco Inc. (OTC: MINE) is the first company of its kind combining psilocybin, cannabis, and cryptocurrency.

One visionary company – with a focus on helping consumers feel good – is right now working to carve out a substantial segment of three of the world’s most rapidly-growing markets.

This “triple play” investment opportunity is the only one of its kind in the world – and investors are beginning to take notice of this company’s aggressive growth scenario.

The company is Jamacia-based Minerco, Inc. (OTC: MINE)…and right now it is the only company of its kind combining the three disruptors of

From cultivation to manufacturing, packaging, and distribution, Minerco, Inc. is poised to control the entire process…

And thanks to the SHRUCOIN – the company’s own cryptocurrency – it is now possible for Minerco to expand the availability of its products to a larger base while also taking advantage of the rapidly-growing cryptocurrency market.

With a growing acceptance of their use by the medical community – and an increasing trend toward legalization worldwide – the psychedelic drug market is in the early stages of a potentially explosive growth phase.

According to the industry experts at Data Bridge Market Research, the psychedelics drug market is expected to grow at a compound annual growth rate (CAGR) of 16.3% between now and 2027. 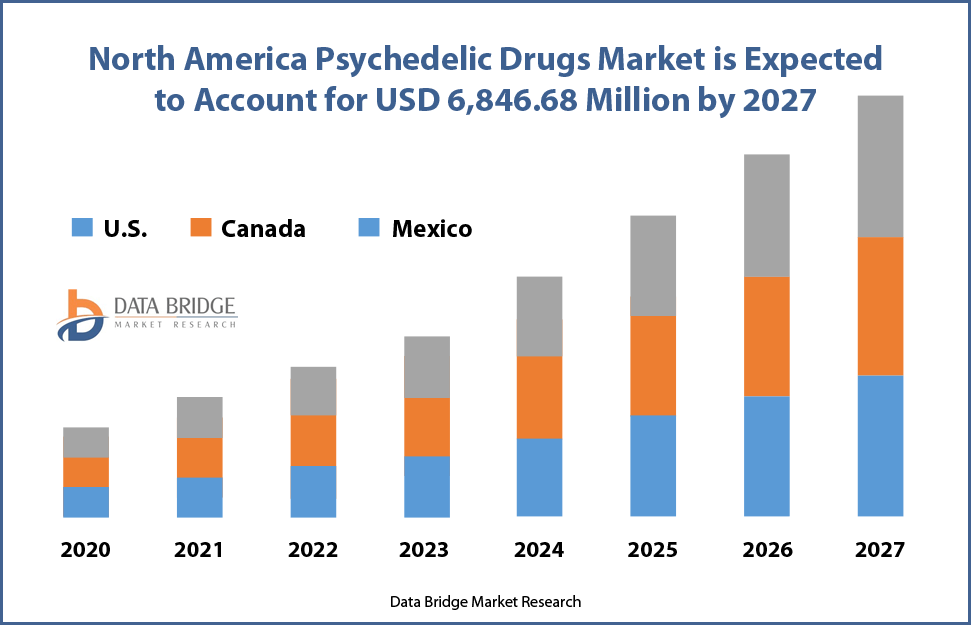 The ongoing Covid-19 pandemic has brought increased focus to the importance of mental health and has sparked innovation from companies working to provide treatments for mental health issues such as anxiety, depression, and post-traumatic stress disorder (PTSD).

Psychedelic drugs have been at the forefront of innovation in this space, as evidence continues to mount showing that psychedelics can, in many cases, be more effective for the treatment of mental health disorders than traditional medicines.

These psychedelics – including psilocybin, the active compound in ‘magic mushrooms’ – have begun to generate a great deal of attention for investors as their benefits become more apparent.

With an expected surge in legalization and commercialization in the months ahead, companies establishing a presence in the space now should offer significant “first mover” advantages.

Minerco, Inc. (OTC: MINE), known as The Magic Mushroom Company, is the pioneering company specializing in the research, production, and distribution of psilocybin mushroom products.

The company’s vertically integrated operation will produce microdose tablets and capsules in legal markets. Minerco also serves as a processing point for growers that would like to take their product and convert it into tablets, doses, tinctures, etc.

In markets where psilocybin is now legal, Minerco will manufacture medical mushrooms including Chaga and Lion Mane as legal alternatives.

This acquisition – and expansion of capacity to one million daily psilocybin microdoses – was a crucial goal to help prepare the company for success as legal markets expand in the United States.

But as one of the world’s first publicly traded companies specializing in growing, research, production and distribution of psilocybin mushrooms and marketing worldwide, Minerco knows it also has an obligation to help raise awareness about the benefits of psilocybin.

Kingston is a native Jamaican who has witnessed firsthand the medicinal benefits that plants such as psilocybin and cannabis provide, as both are legal in Jamaica and are commonly used for treatment methods.

Kingston, who has over 1.2 million Instagram and 2.9 million Twitter followers, brings to the company a strong network of people who view him as an innovator or trendsetter.

As a result, he will be able to use these social media platforms and other channels to help raise awareness on the company’s overall mission to educate the masses on botanical products such as cannabis or psilocybin.

By partnering with a global figure of Kingston’s stature – in addition to upcoming media campaigns and blogs in the alternative medical and mental health spaces – the company’s reach can broaden exponentially, and the message of psilocybin’s many benefits can be spread more rapidly.

According to a report from Grand View Research, the global legal marijuana market was valued at USD $17.7 billion as recently as 2019 and is expected to expand at a significant CAGR of 18.1% between now and 2027.[iv] 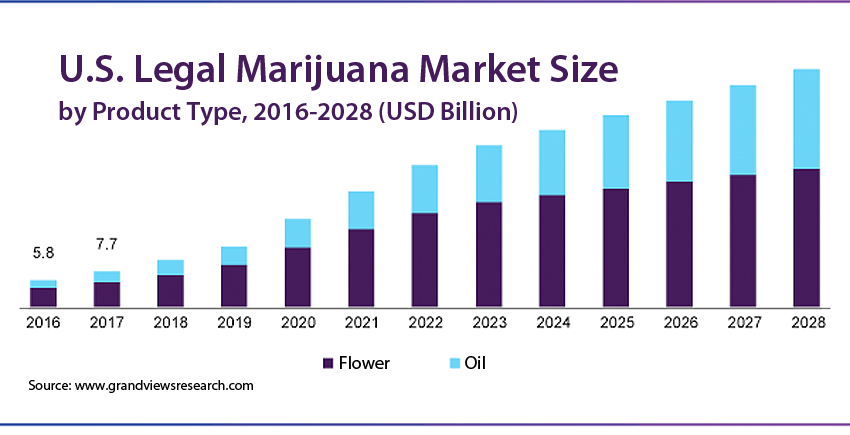 With the legalization of marijuana in more and more countries becoming a reality – and an increase in legalization throughout the United States as well – this market could potentially see the growth even stronger than forecast.

In addition, marijuana and CBD-infused products are now more frequently being used for the treatment of chronic conditions such as cancer, arthritis, anxiety, depression, and diseases like Parkinson’s and Alzheimer’s disease.

This growth in both legalization and popularity should continue to propel future growth…and Minerco, Inc. (OTC: MINE) is positioning itself to ride this wave of growth for significant revenue potential.

The company’s 12-acre grow facility is located in Jamaica and just recently Minerco partnered with Lazarus Holistic Ltd. on a licensed cannabis facility in Jamaica.

In February 2021, Minerco, Inc. (OTC: MINE) announced a truly game-changing innovation affecting both the psilocybin and cannabis markets.

The announcement of the company’s new blockchain token SHRU – and its payment application SHRUCOIN Pay, is the first of its kind in the blockchain space.

SHRUCOIN serves as a payment gateway both for cannabis and psilocybin products.

Despite being legal in specific markets, card companies have shied away from authorizing purchases related to Psilocybin or Cannabis because of their Federal Schedule 1 classification.

Within the first 2 weeks of launching the SHRUCOIN, the company saw just about 2,000 customers purchasing coins.

SHRUCOINs can be purchased with a major credit card and SHRUCOIN is actual currency. The SHRUCOIN is a cryptocurrency built on the Ethereum Blockchain as a smart-contract ERC token and is Tethered to several assets as a basket of assets.

Another advantage of SHRU is that it is the company’s own digital currency. Recent data has shown a vast rise in the popularity of Blockchain with tokens such as Bitcoin, Litecoin, and Ethereum.

Minerco’s management is excited to be visible in the same channel that helped these currencies evolve, as they expect similar results with SHRU.

As an initiative, the company will set aside a percentage of value from each coin toward improving housing and water across regions in both the Caribbean and Africa.

The Blockchain token SHRU can be used for purchases relating to psilocybin and cannabis. SHRU can be purchased at www.shrucoin.com.

Minerco, Inc. (OTC: MINE) is Moving Forward Quickly with its Growth Plans and Achieving its Objectives

Investors looking for potential high-upside exposure to the rapidly growing psilocybin, cannabis, and cryptocurrency markets should consider the recent developments for Minerco, Inc. (OTC: MINE).

Within recent weeks, the company has:

With the continued expected growth in the company’s primary areas of focus – and its aggressive plans to ramp up production plus the successful launch of SHRUCOIN – the future looks bright for Minerco, Inc. (OTC: MINE).

Gold is always an important part of a diversified portfolio, but even more so today. So if you’re looking to add some...
Read more

GameStop Corp (NYSE:GME) has been in the front page of the financial community for over two weeks now as the Reddit user...
Read more

Psychedelic-inspired Medicines are Paving the Way for Major Gains in Psychedelic Stocks like Minerco inc (OTC: MINE)

As psychedelic-inspired medicines laid the groundwork for the first psychedelic medicine, a nasal spray called Spravato, used for the treatment of depression,...
Read more

The Covid-19 pandemic has brought the global economy to levels not seen in years, but it has also brought to light a...
Read more

As Calls for New Treatments and Testing Methods for COVID-19 have increased Globally, Halberd Corporation (OTC: HALB) should be on Top of Everyone’s Watchlist

The US added more than 157,000 new Covid-19 cases Wednesday, according to Johns Hopkins University. The US Centers for Disease Control and...
Read more

Minerco, Inc. (MINE) Stock On Watch As The Magic Mushroom Boom is Spreading Nationwide

Over the past five years, a wave of academic research has emerged which supports the notion that psychedelic-inspired medicines are effective and...
Read more

There’s a variety of appealing ways in which investors can soak up the sun. With solar powered products becoming even more affordable,...
Read more

Legal cannabis has never looked more likely in the United States. Investors are clearly hopeful with a Democrat in the White House....
Read more

The pandemic isn’t likely to go away anytime soon, and that makes AllStar Health Brands Inc. (ALST) a relatively safe investment during the pandemic

There are now more than 48 million worlwide and over 9 million cases of COVID-19 confirmed in...
Read more

For the first time ever, in April 2019, renewable energy outpaced coal by providing 23% of US power generation, compared to coal’s...
Read more